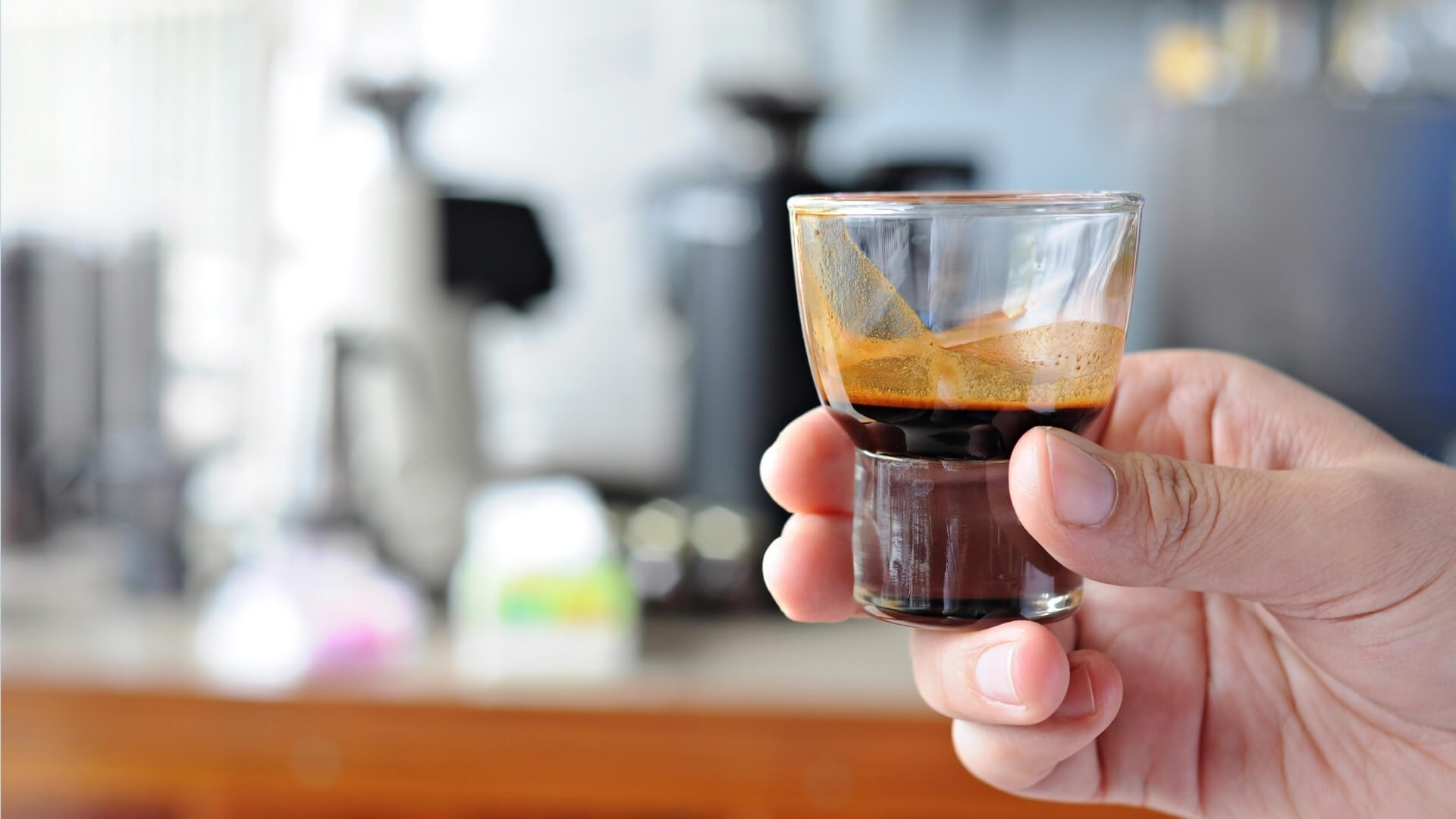 In this article, I will share my knowledge about ristretto coffee and explain why it’s stronger than espresso.

Ristretto coffee is the perfect drink for those who want to enjoy a stronger taste of espresso with less caffeine.

What is ristretto? It’s an Italian word that describes short, intense bursts of coffee from a small number of grounds. This means that it has less caffeine than an espresso, but more flavor-and the perfect way to enjoy your morning cup!

Want to learn more about Ristretto? Here we go!

Let’s start with learning more about Espresso as it’s crucial in understanding the whole concept.

What is Espresso Coffee?

To understand what Ristretto is we need to learn a bit about espresso as they are closely related.

The term “espresso” is a generic word for coffee brewed by forcing steam or water under pressure through finely-ground coffee. The result is a strong, slightly sweet cup of coffee with a thick foam on top.

Espresso coffees are usually served in small cups called espresso cups and can be either drunk straight or used as an ingredient in other drinks such as the cappuccino.

The word “espresso” comes from the Italian language, meaning “pressed-out”. This refers to the process of making espresso: forcing hot pressurized water through finely-ground beans that have been compacted into a dense puck shape.

What is Ristretto Coffee?

Ristretto, meaning “restricted” or “tightened up”, is a type of espresso that differs from the traditional double or single shots of espresso. It’s made by forcing steam or water under pressure through finely-ground beans for a shorter period of time.

The result is a concentrated shot with less foam and more flavor. A ristretto generally contains one to two ounces (30 to 60 ml) of liquid versus the usual 2 to 3 ounces (60 to 90 ml) in a standard cup.

Some people prefer it because they think it has more body and better taste than regular espressos. Others say that it just tastes weaker because not as much water passes through the coffee.

8 Key Differences Between Espresso And Ristretto:

Shot of Espresso vs Ristretto: What’s The Taste?

Some taste buds are more sensitive than others. When tasting coffee, for example, some people will be able to tell the difference between a ristretto and an espresso just by their flavor.

The flavors of these two coffees differ mainly because they use different amounts of water in preparation.

This means that there is less contact time with hot water during brewing which creates a stronger but smoother cup of coffee when compared to an espresso.

Espresso has more bitterness and acidity because of the increased contact time  —  the high temperature extracts more oils and caffeine.

Is Ristretto Really Stronger Than Espresso?

A ristretto is often described as bolder and stronger than espresso because of increased pressure and temperature as well as higher amounts of dissolved oils and gases.

Espresso vs Ristretto: Which is better?

A ristretto is the best choice if you want a small, strong cup of coffee with rich flavors and less acidity. This kind of coffee is perfect for those who aren’t as sensitive to caffeine since it has about twice the amount as an espresso.

So, if you like coffee with lower levels of caffeine, you might want to go for an espresso; however, if you don’t mind an increased caffeine intake, then a ristretto might be your best bet!

What Are The Best Coffee Beans For Making Ristretto?

For a perfect ristretto, you should aim for a medium to dark roast. To minimize acidity, choose 100% arabica rather than a blend of arabica and robusta. My recommendation is silky and complex Kicking Horse Coffee that will give your ristretto sweet cocoa tones and a bold happy ending.

How About Other Coffees? Are They Any Stronger Than Espresso?

Is Coffee Lungo Stronger Than Espresso?

What’s the opposite of ristretto? Coffee lungo! Coffee lungo [long] is an Italian term that refers to making coffee with more water than the normal amount used to make espresso. In fact, coffee lungo is often considered watered-down espresso, since it contains over twice as much water as traditional shots of espresso do.

Coffee lungo was originally produced when less pure forms of coffee were being used to produce espresso blends. The extra volume in the blend required extra water in order to balance out the strength and create drinkable cups of drinks.

Lungo has a beverage volume of 110 ml with a coffee quantity of approx. 5.5 g. The caffeine content is 65 mg with an extraction time of 30 to 50 seconds.

Is lungo really stronger than espresso? It isn’t; it’s the same thing but less concentrated. A regular shot of lungo has 110ml and contains approximately 64 mg of caffeine. That means that although there is less caffeine per milliliter, you consume the same amount of caffeine while drinking lungo and espresso.

Is Pour Over Stronger Than Espresso?

No, pour-over is not stronger than espresso. A pour-over, like its name would suggest, is a slow and deliberate extraction of coffee from the grounds. It is weaker than espresso but more flavorful because it does not have as much of an acidic aftertaste as espresso does.

Is Cold Brew Stronger Than Espresso?

No, cold brew coffee is not stronger than espresso. Espresso has significantly more caffeine than cold brew which means that it is better for giving you a quick burst of energy. This is why many people use their espresso machine in the morning before they start their day. I wrote a separate article comparing cold brew and espresso, have a look 🙂

Is Drip Coffee Stronger Than Espresso?

Drip coffee is stronger in taste and can be more caffeinated than espresso because it can brew longer and extract more flavor from the coffee grounds. The NCA states that drip coffee has up to 120mg of caffeine that would mean that it can be much stronger than both regular coffee and espresso.

Some questions you may have

What Is Stronger Than An Espresso?

Ristretto is two times as powerful as espresso when it comes to caffeine concentration per milliliter. However, if you consider the amount of caffeine in each, both have the same amount since the serving size varies.

Is Ristretto Less Acidic Than Espresso?

Yes, ristretto is less acidic than espresso. The difference between a ristretto and an espresso is the length of time that the water has contact with the ground beans. In a ristretto, less water is used to extract coffee from the grounds which results in low acidity.

How To Drink Ristretto?

Ristretto is a potent and compact espresso, which is why you should consume it all at once and wait for it to hit you with its strength. Remember to drink a glass of water beforehand to cleanse your taste buds.

Why Do People Drink Ristretto?

The intense flavor and concentration make it quite popular for people who like their coffee strong. Due to high caffeine content ristretto is very often used to boost metabolism after hearty lunch or dinner.

So if you are looking for a coffee that is stronger than espresso then ristretto should be your choice. It’s strong enough to wake up even the most stubborn sleepers 😉

Is Coffee a Diuretic? (What Does Research Say?) 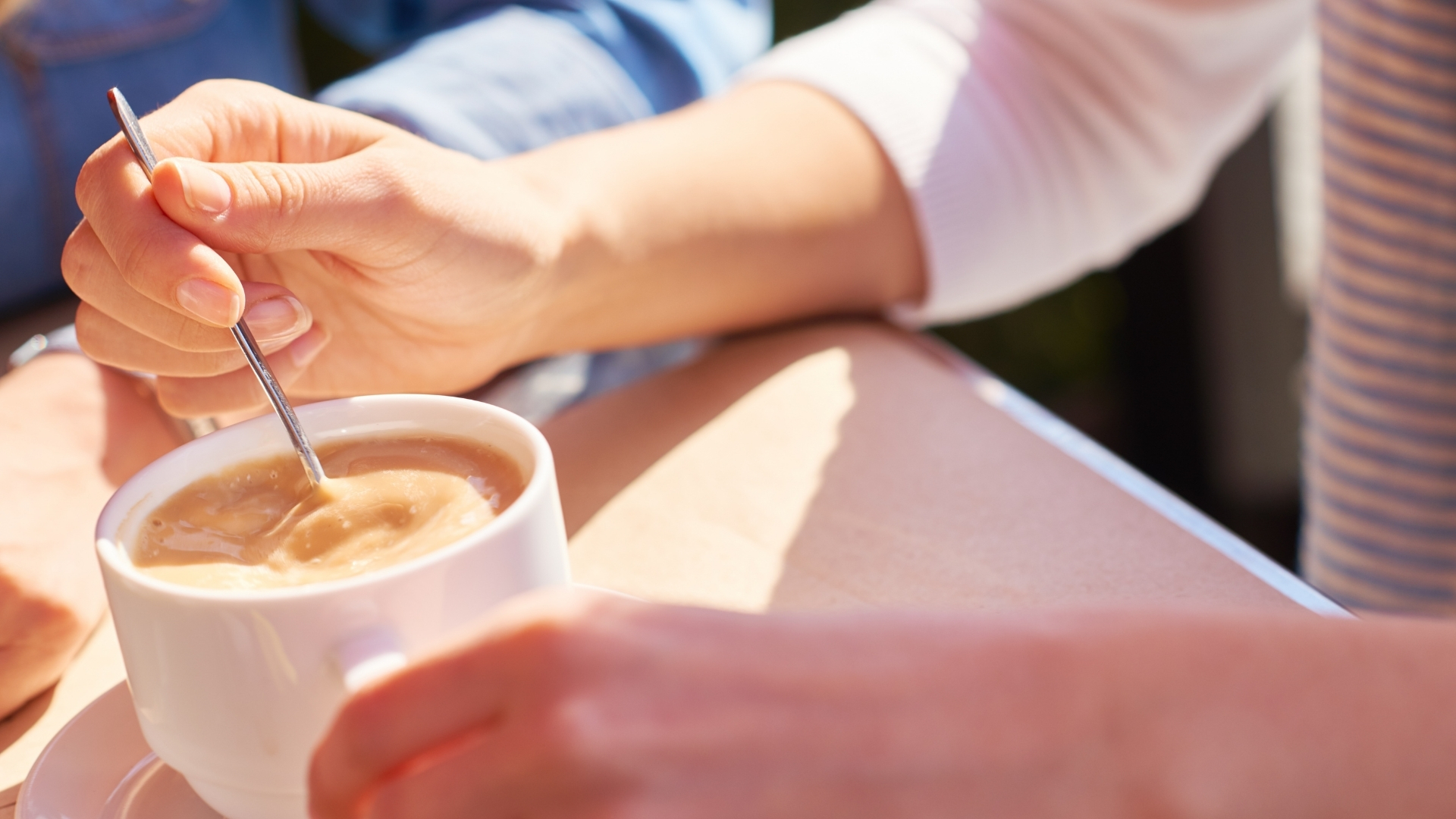